CHILDREN OF THE REVOLUTION by PETER ROBINSON 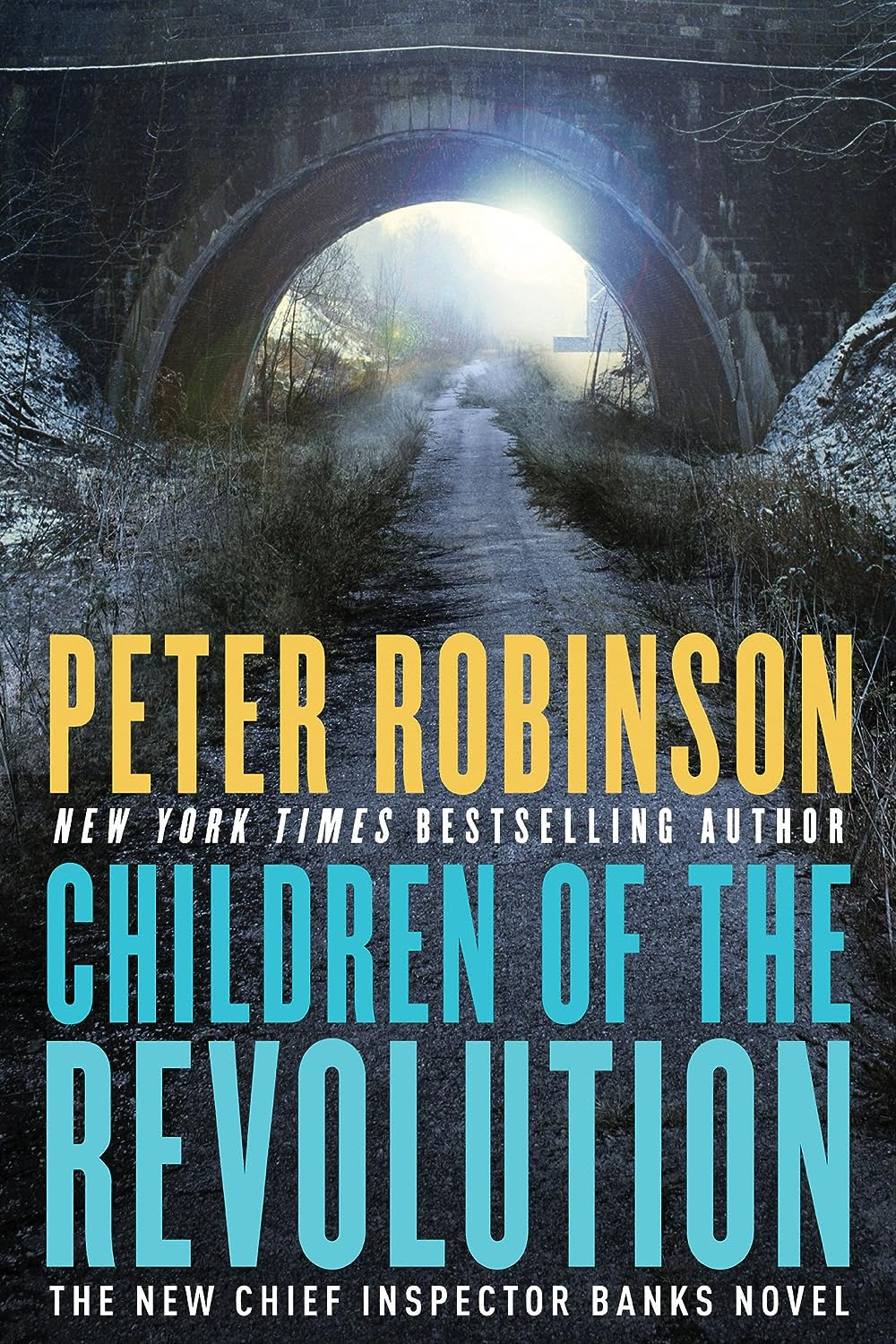 I wish I had time to read all of the earlier books in this series.  I'm growing quite fond of Inspector Banks and his detectives Winsome and Gerry so I'd like to know more about them.  Too, I would love to know more about Annie Cabbot, the abrasive detective who rubs me the wrong way.  In the two books I've read so far (Watching the Dark was the other one), she has been a thorn in Banks' side and an irritant to me but I've learned that she had been badly injured in the line of duty and had an unusual childhood.  She's so touchy and opinionated, though, that sometimes they have to work around her to get anywhere in their investigations.  I really must make time.

The mystery in this one is fascinating.  The body of a former teacher is found near a bridge over what used to be a railroad bed.  He might have committed suicide by jumping off the bridge but the drop wasn't long enough to be sure of death.  Other evidence is more indicative of murder.  The man was malnourished, his teeth were bad, and his clothing was ragged.  They discover he had several years earlier been dismissed after being accused of sexual misconduct with two students.  Nearly everyone had deserted him and he was broke, yet he had 5,000 pounds in his pocket.  Could drugs be involved?  Was he guilty of the charges?

During the investigation Banks visits Lady Veronica Chalmers at her home.  Her brother-in-law, whose son is up for a choice political appointment, contacts Banks' superiors and he is warned off of questioning her again.  Of course Banks doesn't obey (when did a detective in a mystery novel ever obey?) but he and Gerry have to be circumspect about their inquiries.  He is certain Chalmers has some sort of involvement.  Is he just besotted with her because she's so beautiful and charming?

Like many other mystery fans I have a long list of series that I just cannot pass up.  The Inspector Banks series is only the most recent addition to that list.  Looking forward to more.